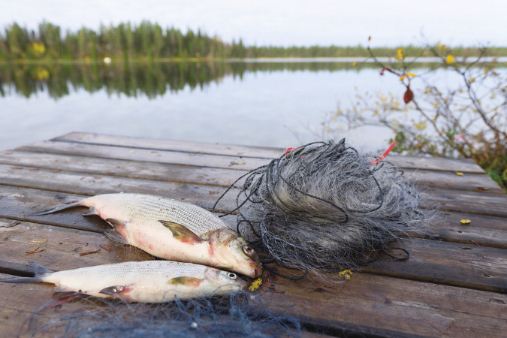 If you’ve filled your tags and freezer during the hunting season, don’t forget that late fall have some other opportunities for nabbing a few more delectables from the water…

Gill nets are set on deeper inland lakes during the late fall when Lake Whitefish and Cisco (“herring” or “tullibee”) move into shorelines for spawning. Both whitefish species play a key role in lake systems. For example, Cisco feed on zooplankton (microscopic animals that drift around the water), and whitefish presence has a resulting impact on the type and abundance of zooplankton and algae present. Lake Whitefish and Cisco also have narrow habitat requirements; they both require deep lakes where the depths of the lakes remain cold and well oxygenated throughout the year.

Permits for netting whitefish on inland waters are not required by 1854’s code, so we only hear of treaty harvest netted whitefish by word of mouth. Are there any treaty harvesters out there that would be willing to share their stories of whitefish netting?

Read the whitefish netting portion of 1854's code below: 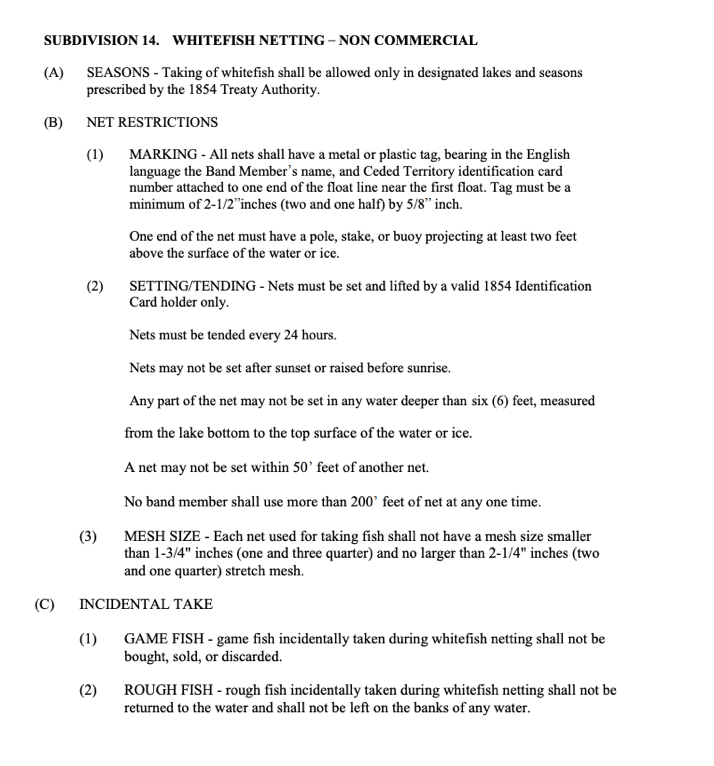